Me Before You Isn’t the Movie It’s Marketing

“After the Show” is our spoiler-friendly way of talking about movies at ZekeFilm.  In this article, plot twists and hidden details of Me Before You are potentially discussed. 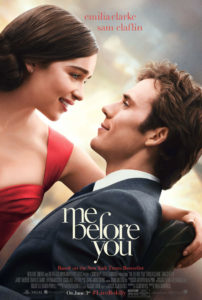 Let me tell you something the marketing for Me Before You won’t: This movie is about doctor-assisted suicide. Hiding behind a romance and an Ed Sheeran-heavy soundtrack is a much darker story about fighting depression, disability, and constant pain.

Emilia Clarke, with a mega-watt smile that gives Julia Roberts a run for her money, charms as Lou Clark (no relation), a 26-year-old waitress who helps her struggling family pay the rent. When the bakery she works at goes under, she’s desperate for a new paycheck, so she takes a job she has no experience in: taking care of a neighbor with quadriplegia. 31-year-old Will Traynor (Sam Claflin) was hit by a motorcycle two years ago and depends on his parents’ money, his nurse Nathan (Stephen Peacocke), and now Lou to take care of him.

Will doesn’t warm up to Lou and her bright, patterned wardrobe right away. Bored and bitter, he shuts his doors and bites sarcastic comments when forced to interact. But when Lou overhears his parents (Janet McTeer and Charles Dance) discussing Will’s decision to end his life in six months, she decides to throw herself into a new job: making Will’s life as joyful and worthwhile as possible. 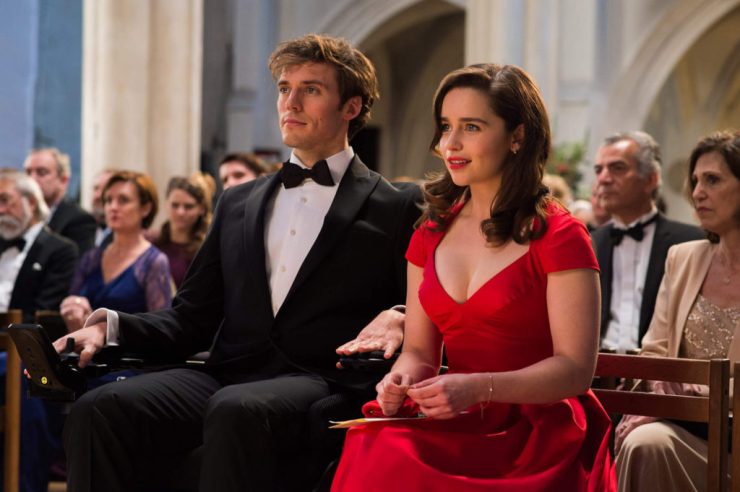 Me Before You is meant to be the latest romantic tearjerker à la Nicholas Sparks. During Jojo Moyes’s big screen adaptation of her own novel, I heard sniffles all around me, but I hardly expect it to become the phenomenon that was The Notebook.

Sappy as that Gosling/McAdams flick was, part of its draw was the hope it had for love finding a way. Much like that movie, the Clarke/Claflin flick looks and sounds pretty with beach scenes, whimsical dresses, and bits of humor. However, its story comes to troubling conclusions.

Will can’t find happiness because he lost all he loved before the accident: his career, his girlfriend, his daredevil stunts. He challenges Lou on this, too. Why is she giving up her dreams of fashion design to help her family’s finances? To him, stillness means stagnation, and movement is vital.

I can’t speak to what it’s like living with a handicap, but Will doesn’t seem representative of most people with them. His family’s wealth may prevent plot snags, but it also makes him a unique case who doesn’t need to worry about medical bills or affording an accessible home. Also, his post-traumatic depression is realistic, but his hopelessness doesn’t acknowledge the value of people with disabilities and that they can do more than just survive.

Lou’s best efforts to change Will’s mind include taking him to a horse race, serving as his date for a concert and a wedding, vacationing with him on a tropical island, and—eventually and predictably—falling in love with him. (But somehow she never thinks to bring in a mental health professional.) Though Will expresses similar feelings, he still decides to fly to Switzerland to finish his suffering.

Your opinion of this movie depends on your views of and experience with depression, disability, and suicide—and actually knowing beforehand that the movie talks about these topics. As for me, I can speak to what it’s like living with depression, and I wouldn’t recommend Me Before You for anyone with the same battles.