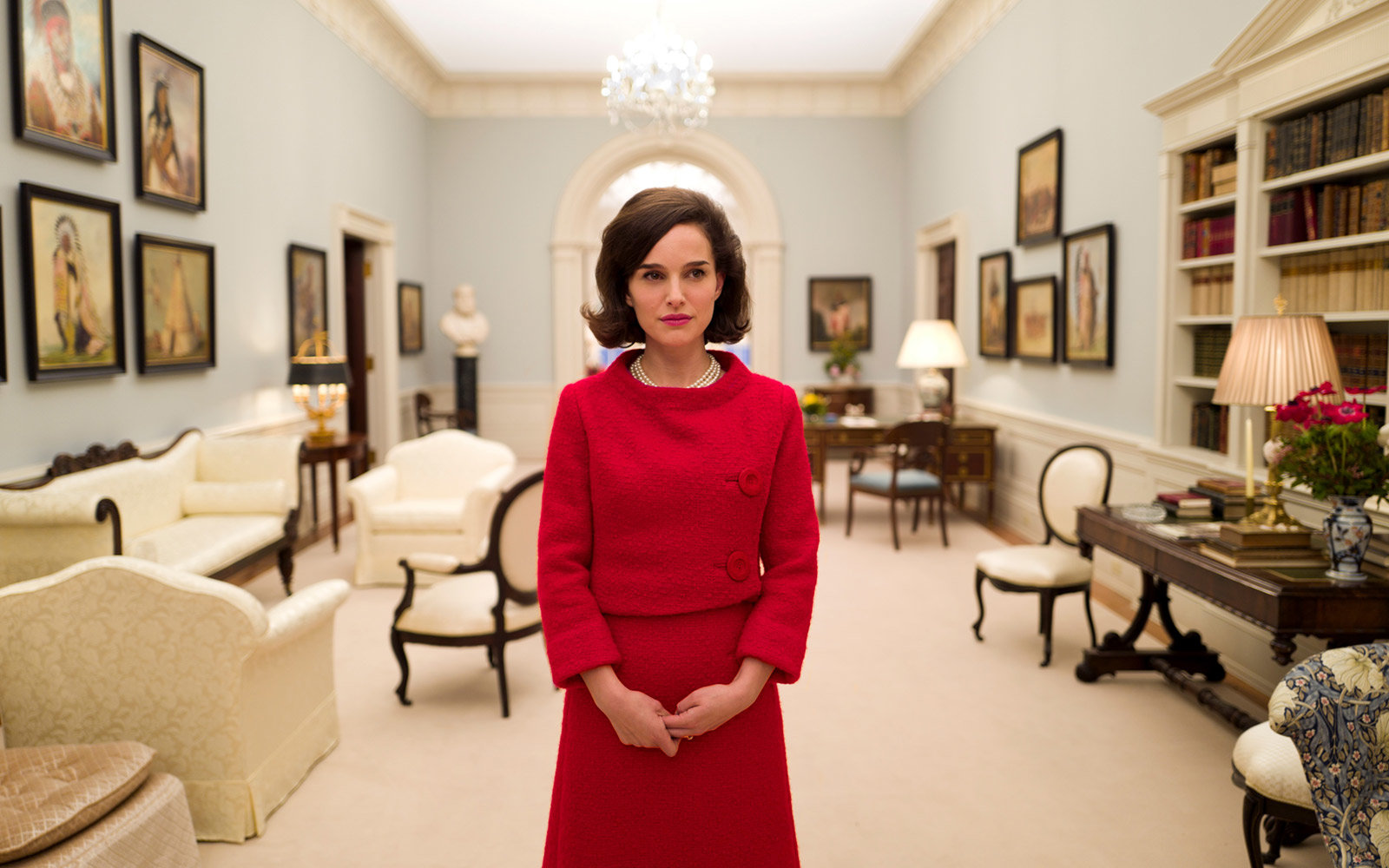 November 22, 1963. If you’ve lived long enough to study a at least a semester’s worth of American history, you’re well aware of what happened that day in Dallas and speculated about the still-murky circumstances of the assassination of the President of the United States of America.

To my generation, First Lady Jackie Kennedy is a style icon and the loveable ditz at a “Who Killed JFK?” murder mystery party. (Erm, I may or may not have hosted that party. Twice.) We talk about her triple strand of pearls and that pink Chanel outfit she wore in Texas.

Both of those iconic fashion moments appear in Jackie, but I was more surprised by what didn’t. A movie about the most glamorous First Lady in recent history could have been salacious gossip about the Kennedy’s scandals and political maneuvering. Here, there’s barely a mention of JFK’s infidelities, and any Kennedys not named Jackie or Bobby are relegated to bit or background status. 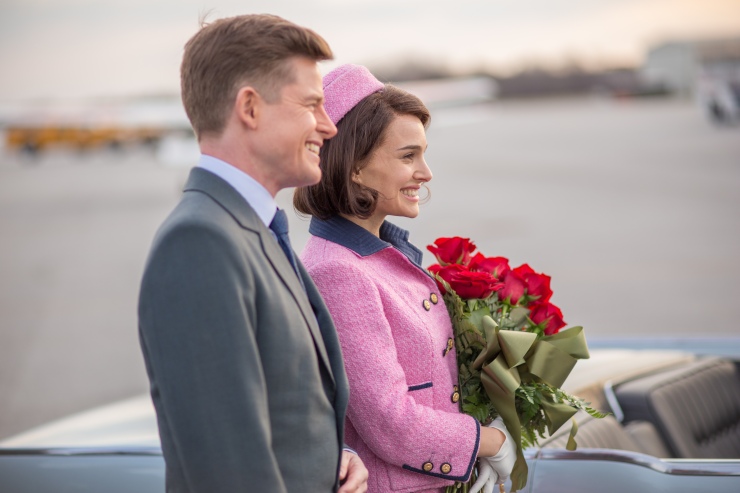 Jackie is a timeline-jumping exploration of that famous episode, but mostly of its aftermath. This is not a tell-all, but I’d argue it’s just as gripping as that version of her life. I’ve watched it twice and was absorbed both times, noticing new details during my second viewing I had missed before. Also worth mentioning: My first watch was on a screener DVD in someone’s home, and I wasn’t tempted to look at my phone once. If that’s not a testament of watchability in the 21st century, I don’t know what is.

Though centered on a tragedy, the movie doesn’t leave you in despair, and even makes Jackie’s one-of-a-kind trauma feel relatable. For the first time, Jacqueline Bouvier Kennedy became a real person for me, not a public figure. Ironic, considering her philosophy as she cements her husband’s legacy: “I believe the characters we read about on the page end up being more real than the men who stand beside us.”

Bottom line: Some movies make you wish Oscar season would just be over already so you can stop pretending to care about the ones you actually thought were long and boring. (Not that I’m thinking of any one in particular.) Jackie isn’t one them.

Jackie is far better than it needed to be.

Drama is scorched into any story starting with the assassination of a president. The strength of this film is it doesn’t coast on the momentum of its inciting incident. Jackie doesn’t just concentrate on the instant that changed a country but meditates on truth, grief, and the woman in the middle of it.

Natalie Portman makes Jackie complicated and allows for the additional complications that come with her sudden agony. She has not just lost her husband, but her entire way of life. A timer has been set for her departure from the White House, her family’s home for three years. She has the support of a government in planning a funeral for her husband, but she also has pressure of a nation to properly honor their President. Family and friends can assist with taking care of her children, but now she doesn’t know if she can pay for their education. And what will she do with the closet every American woman envies now that she won’t hosts events requiring designer gowns? Mica Levi’s stark, discordant score captures the weight of these emotions in single notes and keeps the intimate feel.

Jackie represents anyone and everyone who has been dealt a most unkind loss, but she’s also an individual. Everyone grieves, but only she has had to organize the commemoration, funeral, burial, and final memories of a President. Only she was asked to carry the burdens of his policies on Civil Rights, Vietnam, and Communism with his brother, Bobby (Peter Sarsgaard, excellent per usual). Death and publicity have tragically met, and only she is the exact point of intersection.

Bottom line: Jackie is not just better than it needed it be—it represents the highest excellence in filmmaking.